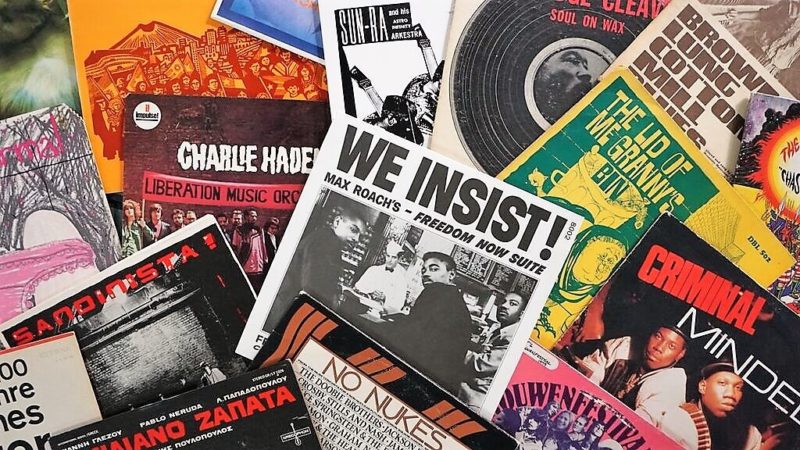 In the early 1960s, 12” long-playing albums and 7” “singles” took over the recording industry. The Civil Rights Movements took notice. The Congress for Racial Equality released Sit-In Songs: Songs of the Freedom Riders in 1962. The Student Non-Violent Coordinating Committee’s Freedom Singers quickly followed, releasing their first single and album—both titled We Shall Overcome—in 1963. Over a dozen recordings of Martin Luther King, Jr. were released in the 1960s. In the 1970s, music becomes a key part of the struggle against the rightist coup in Chile, and in the 1980s the antiapartheid movement grew through recorded music. Journey into politicized sound with archivist and artist Josh MacPhee for a collective listening session and discussion of the cross-over between mass-distributed pop music and political movements.

Sponsored by The Center for the Humanities, Interference Archive, the Film Studies Certificate Program of the Graduate Center, CUNY, and the Art Gallery of the College of Staten Island in conjunction with the exhibit if a song could be freedom…Organized Sounds of Resistance.

Built with WordPress | Protected by Akismet | Powered by CUNY